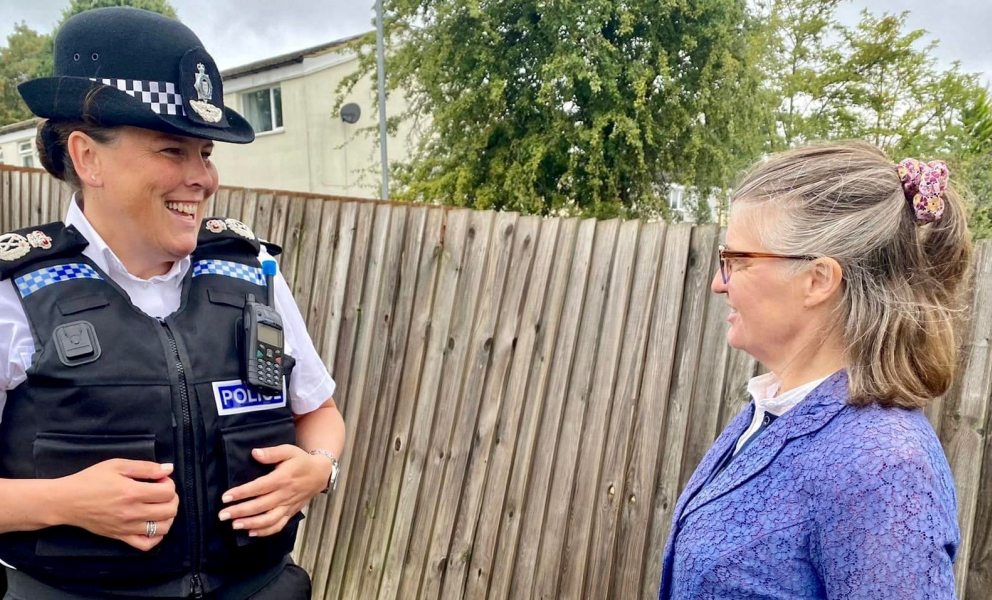 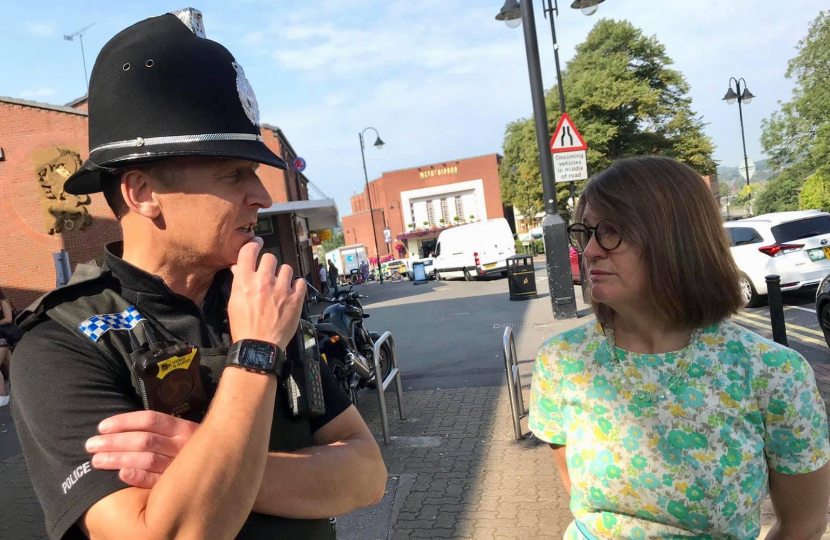 Since I was elected I have voted for the biggest increase in police funding since 2010, supported tougher sentences & measures to equip police officers with the tools they need to protect themselves.

By the end of 2019 there will be more police on our streets here in Redditch. North Worcestershire policing area will have an extra 35 officers patrolling it.

123 police officers have been recruited in West Mercia in the first year of the Prime Minister’s campaign to recruit 20,000 officers. The addition of these new officers brings the total number of police across West Mercia up to 2,297, meaning there are now more frontline officers on our streets to keep the public safe.

In addition to the 123 officers recruited as part of the Government’s election promise to recruit an extra 20,000 police officers by March 2023, West Mercia’s Police and Crime Commissioner, John Campion, has also recruited 277 additional officers, meaning there are 400 more police officers than when he was first elected in 2016.

Rachel has called on the Government to pass the Victims’ Bill into law as soon as possible.

Rachel: "I want to make sure my granddaughter grows up in a country which is the safest place to go online."

“We voted on and debated a number of new laws this week in Parliament, but I want to focus on the Online Safety Bill and why this is a vital piece of legislation.

Rachel joined road safety campaigners and bereaved families to raise awareness of the need to hold hit-and-run drivers to account.

Rachel has called for greater action to be taken to tackle spiking during a speech in Parliament.

On Wednesday (January 11th), the town’s MP took part in a debate on the prevention of spiking incidents which was called by the Member of Parliament for Gloucester, Richard Graham.

Rachel has welcomed new figures which show police officer numbers in West Mercia are set to reach their highest level in more than ten years.

More than 400 officers have joined West Mercia as part of recruitment drives by Police and Crime Commissioner John Campion and the Government.

Rachel took the opportunity to raise her constituents’ concerns with the local Chief Constable and Police and Crime Commissioner on a visit to Redditch.

Rachel has welcomed Government funding to improve the safety of women and girls.

The funding boost comes from the Government’s Safer Streets Fund following a successful bid by the Police and Crime Commissioner for West Mercia John Campion.

A £1.1 billion funding boost for policing to drive down crime and deliver safer streets for all has been welcomed by the MP for Redditch Rachel Maclean.

Rachel has welcomed a new law which will introduce mandatory life sentences for anyone convicted of killing an emergency worker whilst committing a crime.

Today’s announcement follows an unwavering campaign by the family of PC Andrew Harper who was killed in the line of duty in 2019.