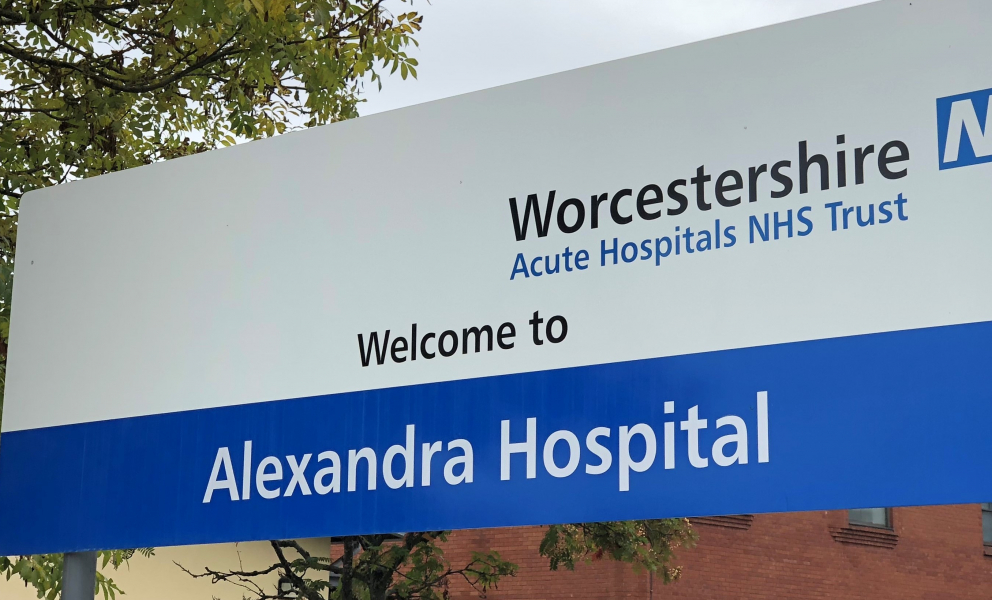 Frequently Asked Questions about The Alex

Frequently Asked Questions about the Alex

What has Rachel done to support the Alex?

Since she was elected as Redditch’s MP in June 2017, Rachel’s number one priority continues to be supporting the Alex and making sure residents get the first-class services they deserve.

Within one month of being elected, Rachel met with the then Health Minister, Philip Dunne, the Chair & Clinical Lead of the Redditch & Bromsgrove Clinical Commissioning Group, the Chief Executive of Worcestershire Acute Hospitals NHS Trust, Michelle McKay, and the Secretary of State for Health and Social Care Jeremy Hunt.

In her maiden speech, Rachel hammered home her commitment to support the Alex. Rachel also used her first opportunity to ask a question in the House of Commons to press the Health & Social Care Secretary on staff recruitment at the Alex.

Rachel has also continuously lobbied the Government on the £29million capital investment promised to the Acute Trust. This significant amount of money will see the Worcestershire Royal Hospital getting upgraded maternity wards, theatres and children’s services, while the Alexandra Hospital in Redditch will get extra money to pay for improvements to the elective care centre, endoscopy, children’s outpatients and an upgrade in theatres.

In October 2019, it was announced that Rachel had successfully secured the additional funding hospital bosses needed to submit a business case for improvement works at the Alexandra Hospital.

Following meetings with the Worcestershire Acute Hospitals NHS Trust last month, it emerged that, as a result of increased costs from contractors, the £29.6million awarded to the Trust in 2017 would no longer cover the cost of planned improvement works at the Alex.

After discovering this funding would no longer cover the costs of works at the Alex due to inflationary pressures, Rachel lobbied the Health & Social Secretary, Matt Hancock, to increase the capital funding the Trust needs from £29.6 million to £31.9 million.

Following the temporary relocation of the Garden Suite Chemotherapy Unit from the Alex to Kidderminster during the pandemic, Rachel has been fighting hard to secure this service’s return.

Rachel has regularly met with the Acute Trust to make the case for the Garden Suite to be returned to the Alex. To help in this effort, Rachel also launched a petition which has now been signed by more than 8,600 of her constituents.

Following an 11 month long campaign led by Rachel, on Friday, February 4th, the Acute Trust confirmed the only option they are considering is returning the Garden Suite to the Alex.

In June 2022, the Acute Trust confirmed that, with Rachel’s support, it is developing a business case totalling £33 million for a brand new operating theatre complex at the Alex.

The purpose-built extension to the town’s hospital will see seven new operating theatres built. This new theatre complex will join the hospital’s seven existing operating theatres which will be retained for two years after the completion of the new build.

Will the Acute Trust see the promised investment?

In June 2022, the Trust announced it is going further and being more ambitious than the plans set out in the 2017 Acute Services Review.

Is the hospital in terminal decline? Is it going to close down?

No, absolutely not. The Alex plays an integral role in the delivery of healthcare in Worcestershire.

The Alex is set for a multi-million pound investment. A £33 million operating theatre complex is going to be built at the hospital. It will be a purpose-built extension and will house seven new operating theatres.

A brand new breast imaging unit has opened at the Alex, Rachel has secured the return of the Garden Suite and robotic surgery will be performed at the hospital by the end of the 2022.

“Let me make it clear there is absolutely no debate about the Emergency Department at the Alexandra Hospital. That will remain.

“It is a key feature for the local community and a key asset for the Trust and we will be looking at ways of developing that.”

Is the Alex's A&E closing?

“Let me make it clear there is absolutely no debate about the Emergency Department at the Alexandra Hospital. That will remain.

“It is a key feature for the local community and a key asset for the Trust and we will be looking at ways of developing that.”

Is the Trust now out of Special Measures?

Yes. After five long years, the announcement last September that Worcestershire Acute Hospitals NHS Trust is finally out of special measures is a huge milestone.

Rachel wasn’t Redditch’s MP when the Trust was placed into special measures all those years ago, but since she was first elected in 2017, she’s asked difficult questions and had tough conversations with the Trust along this journey. Rachel only ever did so because she want what’s best for her constituents – first class health services.

There’s no doubt it will be reassuring to residents that the Alex is on a firmer footing. Rachel has always said the Alex has a bright future ahead of it, and the decision to take the Trust out of special measures reinforces this vision. We can now look ahead to a brighter future for hospital services in Redditch.

What has Rachel done in her campaign to return services to the Alex?

Despite the impact of the pandemic, Rachel’s campaign to return services to the Alex has continued.

Last year, Rachel launched her Alex Working Group which is made up of Rachel as the MP for Redditch, the Chief Executive and Chairman of Worcestershire Acute Hospitals NHS Trust, as well as other key local stakeholders.

This group will be used as a forum to discuss all matters relating to the Alexandra Hospital, and to intensify discussions over my campaign to return a maternity service and paediatric service to the Alex.

If we’re to return services to the Alex, then Rachel must engage with health bosses in a positive and constructive way – and this working group is a clear sign of this new approach, but this doesn’t mean she won’t continue to hold the Trust & health bosses to account.

Rachel has always said the Alex has a bright future ahead of it, and this new working group reaffirms the commitment she made to her constituents that the Alex has been and always will be her top priority.

The ultimate goal is to return services to the Alex.

The comprehensive and detailed report sets out a realistic vision as to how the Acute Trust, who decide how hospital services are run in Redditch, can provide a maternity service once again at the Alex – ensuring a majority of women in Redditch can give birth at their local hospital.

The report has been sent to the Acute Trust and the Chief Executive must now respond in detail to the case Rachel has made for a maternity service at the Alex.