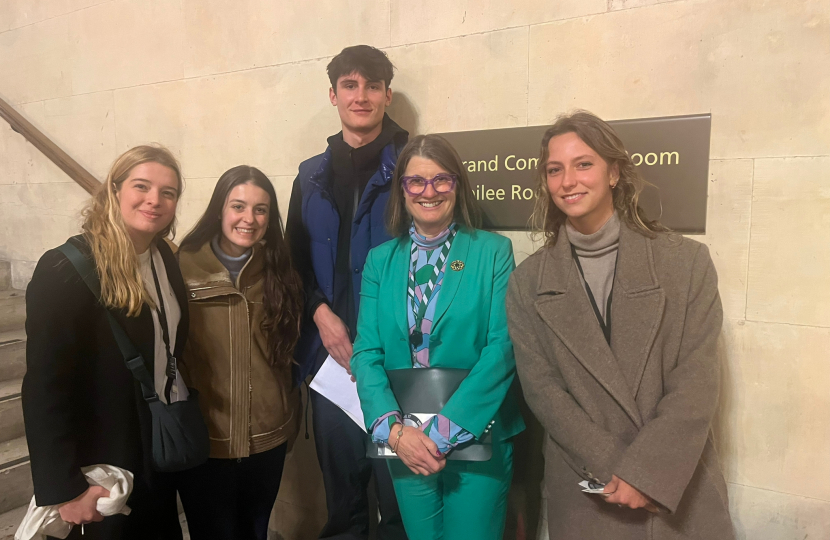 Rachel has called for greater action to be taken to tackle spiking during a speech in Parliament.

On Wednesday (January 11th), the town’s MP took part in a debate on the prevention of spiking incidents which was called by the Member of Parliament for Gloucester, Richard Graham.

MPs from all parties took part in the debate in which Rachel highlighted the work the Government has already been doing to tackle this issue.

And, whilst men are impacted by this crime, the vast majority of victims of spiking are women and girls.

“This issue has risen up the agenda because of the increasing prevalence and the darker methods in use recently, including spiking by needle and by food.

“I know from my work with the police that they’re determined to do more, and Deputy Chief Constable Maggie Blyth, who is responsible for co-ordinating the National Policing response to Violence Against Women and Girls, has made this a priority.

“But this crime needs to be prevented, and that takes cross system work including health, education, local councils, the security industry, hospitality, the night-time economy and festivals.

“I'm calling for an amendment to the law to specifically reflect the term spiking," Rachel added.

“To be clear, spiking, whether by drink needle or any other method, is already against the law, and it could attract a maximum sentence of 10 years depending on the circumstances of the crime, but I believe this minor amendment would help us protect more victims.

“I will continue to work with MPs, campaigners and the Government to ensure we do more to protect women and girls from this abhorrent crime because everyone should feel safe on a night out.”