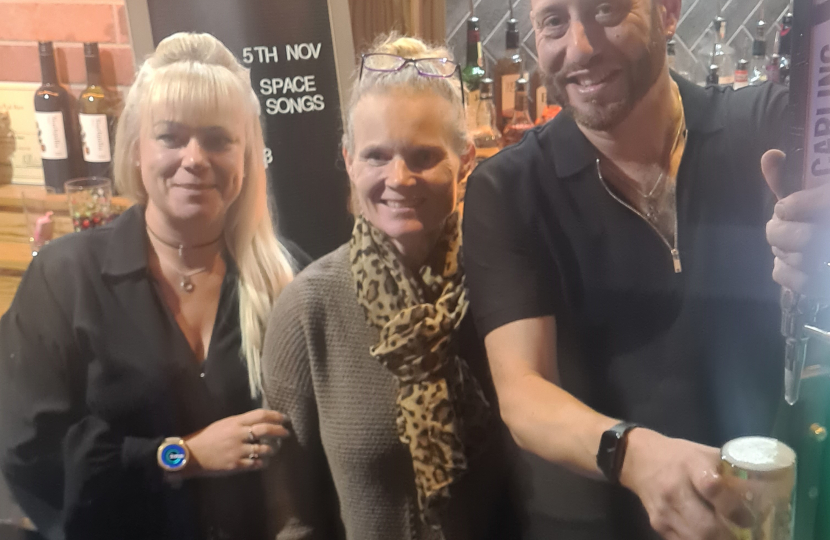 A Church Hill pub has been crowned Redditch’s Community Pub Hero and has been nominated for a prestigious national award.

The Oast House, run by licensee Emma Firth, received the most nominations of any pub in Redditch and the villages as part of Rachel Maclean MP’s search for a Community Pub Hero.

Residents from across the constituency nominated their local, but it was the Oast House that came out on top with Emma and her team being praised for supporting the local community and for the money they’ve raised for local charities.

This is the second time the Oast House has won this award. The Church Hill pub also claimed the top prize in 2020 after winning the vote.

As well as being crowned as Redditch’s Community Pub Hero, Rachel has nominated the Oast House for a prestigious award organised by PubAid and the All-Party Parliamentary Beer Group.

The Community Support Pub Hero Award recognises licensees who help their communities. Once nominations close for this prestigious award on November 21st, judges from PubAid and the All-Party Parliamentary Beer Group will then review the entries received and publish a shortlist. They will then be invited, with their local MP, to a reception in London early next year where they will present them with a certificate before announcing the overall winners.

Rachel said: “Thank you to everyone who took the time to nominate their favourite local pub.

“It’s clear that pubs across Redditch and the villages are at the heart of their communities and long may that continue.

“Congratulations to the Oast House who received the most nominations of any pub in the constituency and for being crowned Redditch’s Community Pub Hero.

“I’ve now put them forward as Redditch’s nomination for the prestigious Community Pub Hero Award. The Oast House will now be competing against pubs from across the UK. Best of luck to them!”

Emma Firth said: “I’m absolutely over the moon. I can't believe we have won it again!”

“We are a family at the Oast House. We have a great family and community spirit, so the award is deserved just not by ourselves, but the whole Oast House family.”