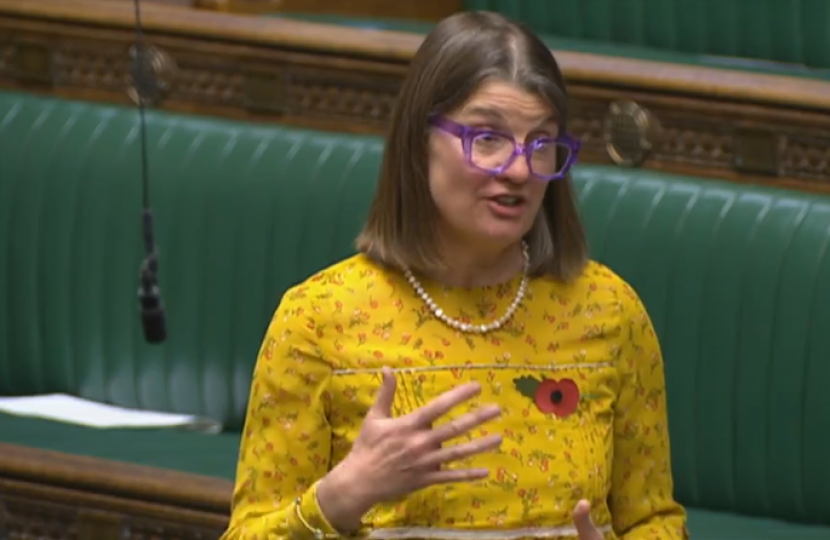 Rachel has secured a Government commitment to review modern slavery laws to ensure they can’t be abused by economic migrants.

The Town’s MP questioned the Immigration Minister, Robert Jenrick, in the House of Commons yesterday (November 7th) on the issue of small boats crossing the English Channel.

From her time as a Minister in the Home Office, Rachel has seen for herself how the UK’s world-leading and compassionate modern slavery laws have rescued many vulnerable people, but also how these laws are now being abused by economic migrants in order to avoid deportation.

Rachel said: “My constituents are generous and compassionate, and have opened their hearts and homes to refugees from countries around the world. However, many find it deeply illogical, infuriating and completely unfair to see small boats arriving on our southern shores.

“Every sovereign nation should have the right to control its borders, but we are seeing that it is possible for economic migrants, particularly males, under our modern slavery legislation to become a confirmed victim of modern slavery. That is not what this world-leading and compassionate legislative framework was set up to achieve.

“I’m pleased the Government will now be reviewing our modern slavery laws to make sure they are fit for purpose and can do what it is intended to do, rather than being a fast-track route for economic migrants.”

In response to Rachel’s question in the House of Commons, Immigration Minister Robert Jenrick said:

“My Honourable Friend has spoken on this on a number of occasions, and she draws on her own experience at the Home Office and elsewhere.

“She is right that modern slavery laws, while important and well meant, are now being abused, particularly by males who are here for economic migration purposes.

“We have seen many cases in which young males from countries such as Albania, as she says, have their asylum claims processed. Those claims are rejected, quite rightly, so then they immediately make a claim under modern slavery laws. That is wrong, and we intend to review it, as she says, and make any changes that we need to make.”