Rachel: I’ve been successful in lobbying for more school funding 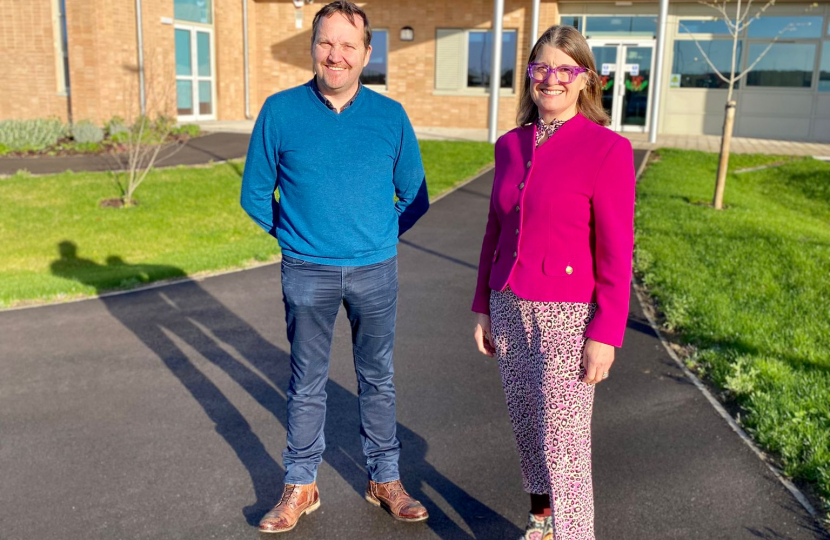 “It was wonderful to visit Holyoakes Field First School and Nursery once again – this time at its new home in Cookridge Close following the school’s move from Bridge Street.

“These brand new facilities will provide pupils with a first class education, ensuring they have a great start in life and putting them on a strong footing for the rest of their educational journey.

“Ever since I was first elected I have been lobbying for more funding for our schools in Redditch, and I’ve been successful in this mission.

“As well as that, in the recent Autumn Statement the Chancellor confirmed that schools will receive £2.3 billion of extra funding during both the 2023-24 and 2024-25 academic years. This will bring the core schools budget to a total of £58.8 billion in 2024-25, which is £2 billion more than what was previously committed in the 2021 Spending Review.

“I know that schools and colleges are facing much higher energy bills this winter. That’s why the Government has announced an additional £500 million for schools and colleges, helping them to implement energy efficiency upgrades and save on bills, on top of the extra £2 billion of funding for this year and next year announced at the Autumn Statement – the highest real terms spending on schools in history.

“As well as touring the new facilities at Holyoakes, I also discussed the issues with parking along Cookridge Close with Headteacher Mrs Koser. It’s a real shame that this one issue is causing so many problems.

“Ultimately there is no single solution to this, but my next step is to get parents, residents, local Councillors and Persimmon around the table to work up some solutions that could help resolve the parking problems.”