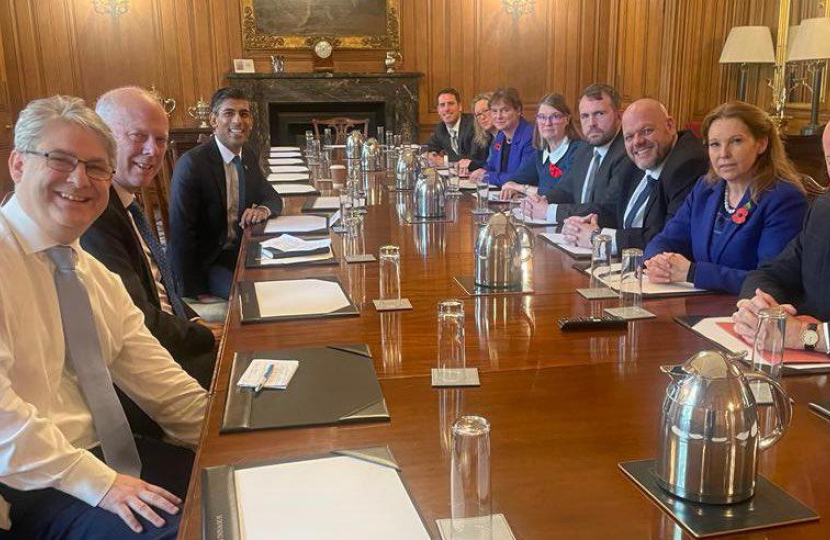 Rachel has welcomed a new deal between the UK and France to step up action to reduce illegal small boat crossings.

The new agreement lays the foundations for deeper UK-French co-operation to tackle illegal migration and marks the next step for the close operational partnership between the two countries which has prevented over 30,000 crossings this year.

The arrangement means, for the first time, specialist UK officers will also be embedded with their French counterparts, which will increase information sharing, improve understanding of the threat, and ensure UK expertise is at the heart of efforts to disrupt crossings and clamp down on people smugglers. This more integrated approach will also include strengthened operational co-operation, including joint UK-France analysis teams supporting the co-ordination and exchange of information by French-command HQ.

This latest multi-year arrangement between France and the UK is worth up to 72.2 million euros in 2022 to 2023. It will strengthen security at ports to help clamp down on illegal entry by funding investment in cutting edge surveillance technology, drones, detection dog teams, CCTV and helicopters to help detect and prevent crossings.

It will also go towards supporting reception and removal centres in France for migrants whose journeys to the UK are prevented, to further deter crossing attempts.

A new taskforce will also be set up, focused on reversing the recent rise in Albanian nationals and organised crime groups exploiting illegal migration routes into Western Europe and the UK.

“There is no one single solution which will solve the issue of illegal small boat crossings. I wish there was a silver bullet to solving this issue, but we’d be kidding ourselves if we believed this to be true.

“I know many of my constituents are frustrated at the numbers of crossings – I am too – and I’m not afraid to say what needs saying in order to ensure we’re doing everything we can to stop people making these dangerous journeys and crack down on the criminal gangs.

“The Government is right to pursue a deeper working relationship with France to prevent these small boats leaving French shores in the first place. Our arrangements with France are already working with more than 30,000 crossings prevented this year.

“Whilst I welcome this agreement, the Government must urgently review our modern slavery laws to make sure they are fit for purpose and can do what they are intended to do, rather than being a fast-track route for economic migrants.”